Why a healthy relationship with food and body often needs to take precedence over nutrition knowledge. 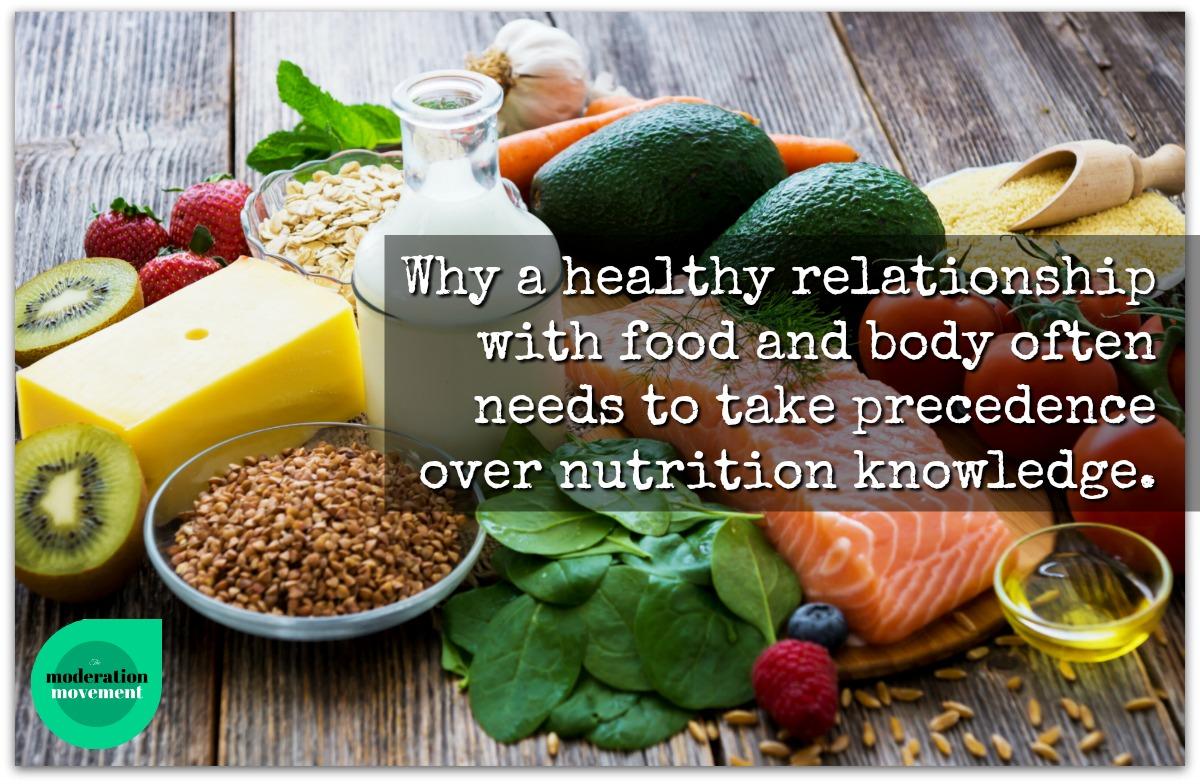 Why does she do this?

Rebecca has struggled with her eating and weight since she was 10, her mum took her to weight watchers and a dietitian as a teenager and she has done a variety of weight loss programs and 12 week challenges in her 20s and 30s. Most times Rebecca lost weight but was unable to stick with any long-term (as rarely anyone can), she felt miserable – hungry, tired, anxious about food, avoiding social eating – with the food and calorie restrictions and each diet would end in a 2-3 week eating binge of mostly carbohydrate rich food, the very food she was trying so hard to limit.

As a teenager Rebecca received sensible advice from the dietitian and she knew how she “should” be eating to manage her blood sugars and weight. However, when she did this, despite her blood sugars improving, she didn’t lose weight and therefore felt she was doing something wrong and that she must need to restrict her food more, which of course lead to the dieting. This on-going battle with food and her weight, meant Rebecca developed a love/hate relationship with food, especially carbohydrates, and felt frustrated and unhappy with her body, she could lose weight but she always gained it back and now at age 41, she is the heaviest she’s ever been. Her love/hate relationship with carbs meant she was either restricting them or going nuts on them. The irony is that Rebecca actually felt better eating a more balanced meal of carbohydrate, protein and fat and she really enjoyed such meals, however, she continually felt driven to over-eat the carbs. The restricting of food followed by over-eating that food is something dietitians see in clinic over and over.

Now, what if Rebecca felt ok about her body and had never gone down the dieting path, how different might things look for her? As mentioned, she enjoyed eating in a more balanced way and her blood sugars were better managed. What if she hadn’t been told to “watch” her carbs, but rather experiment with eating in a way that felt good for her body, didn’t leave her feeling hungry, and enabled her to eat food she enjoyed. There’s a strong possibility that if Rebecca hadn’t spent the last 30 years trying to restrict her carbs and food she enjoyed eating, she wouldn’t have the love/hate relationship and she wouldn’t feel driven to over-eat carb rich food.

Think of someone you know who doesn’t diet or restrict food they enjoy, do they struggle with their food? You might be thinking “but they don’t need to as they don’t have a health concern”; what I want you to reflect on is the possibility that Rebecca’s T2DM and health could be managed well too if she wasn’t restricting food or struggling with food. If Rebecca hadn’t been told repeatedly by society that her weight was an issue, perhaps she never would have dieted, she would be eating in a balanced and enjoyable way and her blood sugars may be controlled well enough. There’s also every chance that if Rebecca had a sound relationship with her body that she would feel less shame exercising and take more pleasure in being active, numerous studies have shown fitness is more important than fatness when it comes to health.

You can find us here:

Share
Facebook0Tweet0Pin0LinkedIn0Email0
Previous Blog
Help! I am trying to practise intuitive eating but have been advised to avoid certain foods due to intolerances.
Next Blog
Everyone has the right to enjoy cake, not just thin people
Join us on Instagram